Rocky Mount is a small city in the Nash and Edgecombe counties of the state of North Carolina. After the 2020 census, the population of this city was a little over 54,000, which means it North Carolina’s 20th most-populous city. The state capital, Raleigh, lies 72km east of Rocky Mount. Despite being a small city, it has a very proud history and the National Civic League has twice awarded it the All-America Award - in 1969 and 1999. 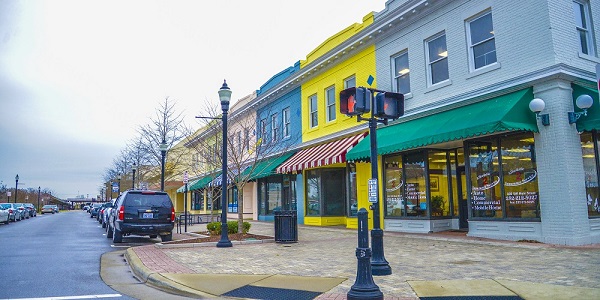 Rocky Mount is home to a number of venues for performing arts. For instance, the Imperial Centre for the Arts and Sciences is home to a science centre, a children’s museum, the Maria V. Howard Arts Centre, as well as a community theatre. Then there is the Dunn Centre for the Performing Arts that recently hosts different touring acts and college arts performances. To top it off, there is the Rocky Mount Event Center that opened in downtown Rocky Mount that holds 5,000 seats and is used for sports and other types of entertainment.

If you enjoy your craft beers and ever find yourself in Rocky Mount, then you need to head over to Rocky Mount Mills, a craft brewery incubator which is the only one of its kind in North Carolina. Here you will be able to find many top breweries and restaurants, and in the summer the mill plays host to a variety of musical festivals and other exciting events. They are now developing Goat Island, which will provide the public with sandy beaches, hiking trails, and canoeing/rafting.

Rocky Mount is a major hub for sports tourism since it sits halfway between Florida and New York along Interstate 95. At the Rocky Mount Sports Complex, you can find seven baseball fields, eight soccer fields, four softball fields, a golf course, some basketball courts and some volleyball courts. Many interstate and state-wide soccer and baseball competitions are played here. Then there is the Rocky Mount Event Center that has 8 basketball courts, a ropes course, 16 volleyball courts, a family entertainment centre and a climbing wall.

The Tar River Trail is an 11km greenway that runs along the river and connects different parks, the sports complex, and city landmarks. City Lake Park is one of the more notable parks, while Battle Park has 57 acres of fantastic greenery for citizens to enjoy. Whether you like to walk, run, cycle, or have a picnic on a lovely sunny day, then the parks of Rocky Mount have definitely got you covered.

Sometimes you will want a bit of peace and quiet from the kids, and you can get exactly this by visiting the Tarrytown Beach Bingo Hall or the Little Vegas Casino. In the former you can find a wide variety of bingo, while the casino has a good number of slots and table games for you to try your luck on.

You can find out more about Rocky Mount and the different attractions by heading over to this websitre; rockymountnc.gov.

North Carolina Wesleyan University is a liberal arts college that focuses on entrepreneurship, business development, and community engagement. Then there are also the Nash Community College and Edgecombe Community College, which specialises in biotechnology and medicine.

Many people are attracted to moving to Rocky Mount as it provides a sparse suburban field and there are plenty of things to do to stay entertained, especially if you are into your sports. The best neighbourhoods in the area include Oakwood, Meadowbrook, Woodgreen, and Swelton Heights. The average cost of a house is around $225000, so take this into consideration of you are thinking about moving to this town in North Carolina. Obviously, if you look for real estate in a more desirable area of the city, you can expect to pay a little bit more.

Also, before you take the plunge and move to a new location, it is always a wise move to check out the type of climate that the location has - you obviously do not want to spend a lot of time looking at real estate, put a lot of money into a property that you like, move there, and then find out that you absolutely hate the weather. Rocky Mount has a humid and subtropical climate, which is characterized by somewhat cold winters and hot and humid summers. The average high temperature in the winter is 51 °F (11 °C), while in the summer it is 90 °F (32 °C). On the other hand, the average low winter temperatures are 31 °F (−1 °C), while in the summer the average lowest temperature is 69 °F (21 °C).

The demographics can also impact you decision to move to a location or not, so let us quickly look at the demographics of Rocky Mount according to the 2020 census:

Notable People from the Location

Rocky Mountain is the home of many notable people, and below you can find some of the main ones: